I have lived a great life. No matter what has happened or will happen, I look back and have no regrets. Since as young as I can remember, all I wanted to be is a pilot, and the only thing that kept changing was what type. By the end of school, my dream was set on becoming an Army pilot to become highly qualified and competent with helicopters. I would be serving Australia and the troops that were defending everything my nation and I stood for. The end goal was flying Search and Rescue (SAR) helicopters for CHC or a similar multinational helicopter company. Why was my mind set on this path? Well, it satisfied some core beliefs I have. Firstly, serving others – to the extreme – as both path options include moving injured and struggling people from their current situation to a hospital or safe location which potentially would save their life. Secondly, doing a job that excites me. I love flying: the most vivid and enjoyable memory I have was my first solo flight – the takeoff and landing, I cannot describe how much enjoyment that brought me. A combination of both was the absolute dream, or so I thought. At this point in my life, I did not know God. I was baptised, going to an Anglican School and I thought I knew him but my life, actions and thoughts… looking back it is evident I didn’t. While I was in year 10, my cousin, Tim, was diagnosed with Familial Adenomatous Polyposis (FAP). It was found in his bowel, causing the doctor to remove his entire bowel.

Landing at Archerfield Airport after taking my Mum and Cousin for a flight.

I got accepted into the army as a pilot. I was so excited, and I was going to ADFA (Australian Defence Force Academy) to study aeronautical engineering (well, at least the 3-year version which gives you a BTech). It was in YOFT (Year One Familiarisation Training) that I went to my first church service on my own volition, rather than a mandatory one, as I wanted to make the decision to follow God on my own. Even though I had many presuppositions, especially about how science and Christianity could not possibly mix (which they can), I squashed them and assessed it on its own merits. I really enjoyed it at first, and that kept me going, but it wasn’t until FOCUS (Fellowship of Christian Uni Students) that I realised I couldn’t continue without properly deciding whether to trust in Jesus or not.

The biggest stumbling block for me was science and faith. Once that was cleared up, nothing was preventing me from trusting in Jesus, so I did. There is sufficient historical evidence for Christianity, science can’t disprove it but actually shows us how the world works. Just to top it off, for the first 6 or so weeks of going to FOCUS, I was struggling with specific problems, and that specific topic was taught about at FOCUS each week. ADFA was tough but being there with great mates made it worthwhile and grew me in many ways. Whilst here, the cancer Tim had caused secondary tumours that presented in his brain and lung. I was worried about him, it caused me to start questioning life and how Jesus played into it, predominately why a great person, someone who had been a great role model, someone who I looked up to and loved so much, would suffer through this terrible condition. Life still went on.

I graduated and was about to start Basic Flight Training School when I began struggling with depression and anxiety. My girlfriend at the time really noticed, and so did I, but if I came forward for help, I would be pulled off course. My whole life had been leading up to this point and if I asked for help, that would stop my progression (wouldn’t it?). She convinced me to see the base psychologist and I can never be more grateful that she did. From the base psychologist I got referred to a civilian psychologist. She couldn’t pinpoint the cause, so she on-referred my case to a psychiatrist. It was about this time that Tim died. I was completely devastated. The funeral was so beautiful and the Knox School Church was packed out. Tim was so loved that there were easily 100 people outside that couldn’t fit into the church.

When I saw the psychiatrist, she noticed symptoms that were different to depression and thought that there might be something more sinister, so she sent me for an MRI. About a day after the MRI, a receptionist from the health centre on base called me asking me to come in the following day. I walked into the MO’s (medical officer, equivalent to a GP) office and he sat down (that was the first and last time I have ever seen him sit down), told me to grab a seat, and said that there is a mass in my brain and I had an appointment with a neurosurgeon that afternoon (thank you ADF medical). This was one month after Tim had died, ONE MONTH.

Astrocytoma can be seen quite easily (white section) it is roughly 3x3x3cm.

Astrocytoma can be seen in the right half of the brain near the front.

I called for a second opinion, as all he recommended was to take a biopsy then watch and wait, which did not sit well with my parents nor me. The next neurosurgeon recommended a full resection craniotomy whilst awake with intraoperative MRI. He also sent me to a radio-oncologist who told me that current studies showed that I likely had 10-30 years to live. The tumour would later come back from the lab to be a Grade 2 astrocytoma which is diffused into my brain; no clear line for the surgeon to cut along. It is located next to the cingulate gyrus and corpus callosum. The cingulate gyrus forms part of the emotional system (this is what I remember from the doctors) and was most likely the cause to my mental illness.

Pre-surgery about to go in. I am genuinely excited, I will be able to talk to my surgeon while my head is open.

The night before the surgery I stood up the front of the church to be prayed for by my brothers and sisters in Christ. The surgery took about 10 hours and I stayed in the hospital for about 4 days. I was back the following Sunday for church – no sickness was going to stop me from attending church. Post-surgery I was expecting my depression and anxiety to disappear, but it didn’t. I started medication which wasn’t effective, but the sad thing is that it was enough to keep on it for about 8 months. It wasn’t until I either changed to the max dosage or changed medications, that I opted for the latter. Through all this, I knew I wouldn’t be able to fly – so what to do next?

What has brought me through all this is the strength of Jesus being with me, not my own strength. With Tim’s cancer, I had already questioned life and what it means to have Jesus in it, so when I was diagnosed I knew that the hope I had in Jesus was what I needed to cling to. My unique experiences from life, the highs and the lows, gave me understanding that could never be taught. There was a point in my life where the only reason I was holding to it was because of what Jesus had done for me. My life mission now is growing God’s kingdom: I am becoming a hospital chaplain, a minister in a church or another job where I get to love God and love my neighbour.

That is my story so far, would I change anything? No, I wouldn’t: everything that has happened has taught me a lesson, and I want to use those lessons to help other people. This blog is a way that I can share what I have learnt through the good times and especially the hard times to help others.

If you would like to message me, please do and I will get back to you ASAP.

Please sign up to the monthly updates and be praying for me. Monthly Updates 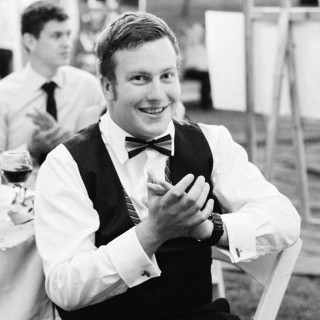